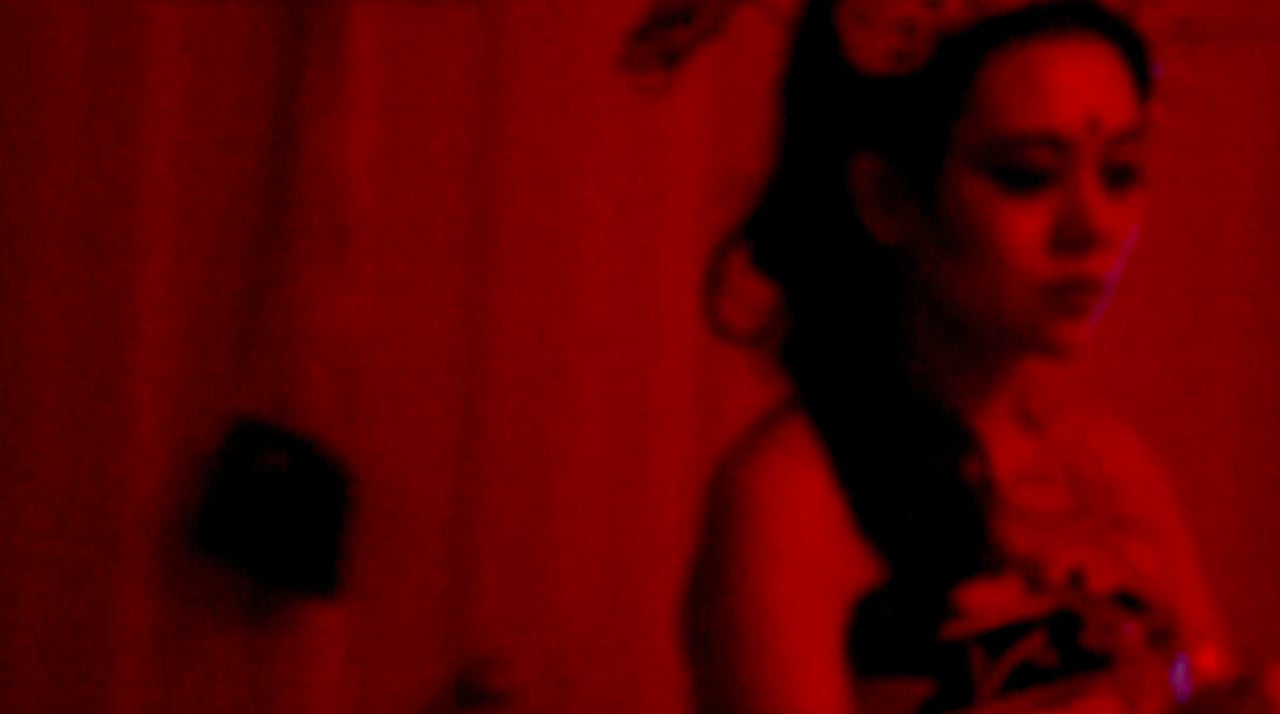 Tremor, 2014, premiered at the AmerAsia 2014 film festival, a winning selection in the one-take short films category and later selected for Cold Call Festival in 2016, also in Montreal. Co-directed and conceptualized by Linx Selby and Cynthia Or, both filmmakers of the Chinese diaspora, Tremor points to the broken ideas of orientalism and the shortcomings of stereotypes of Asian femininity in Western culture. The dancer in the film wears ‘traditional’ dress, moving, shakily to an Elvis ballad. The viewer is never quite able to get a clear enough picture to give the image proper cultural context and so is forced to settle on a vague notion of ‘Asianess.’ The illusion of Asianness in the Western context, ie. the graceful, doll-like dancer highlighted in the blue and red of a neon light slowly begins to malfunction and break down, finally crumbling and deflating to the floor. Just as the retina of the viewer is jarred, overwhelmed and alienated from the environment of the film, so is diasporic culture expressed as both familiar and inaccessible at the same time.